I think the hardest part about starting this blog is that I've eaten out at hundreds of restaurants around the city. Well, maybe not hundreds. But I bet close to a hundred. And so where do you start? Do I go back and review places I've already been to? I think I just need to start fresh, review places I've just been, and go from there. Having said that, I need to tell you about Stella. I think it may be my favorite restaurant in the city. It's not the cheapest, it's not necessarily the most fun, but it has the best food I think I've ever had. And I'm talking every time. I always leave thinking to myself that was the best dish I've ever had. It's crazy. I've recommended it to lots of friends and they all call me afterwards to thank me. Actually, they usually text me, but let's not nitpick.

Besides the food, which I'll get to in a minute, Stella has a couple other things going for it (one of which is NOT its location - they try to be all swanky by saying it's a SoWa restaurant - South of Washington for you non-hipsters - but that's basically just code for "in a sketchy area"). Their kitchen is open late, I think until 1:30, and their brunch is amazing - which means either their chef doesn't sleep or they've got a couple really good ones. It's also just south of the pretentious line. I think they're a couple imported Prussian boisenberries away from being stuffy, but like an Olympic gymnast, they straddle that line well. Then again, they call drinks on their menu "libations" so ignore everything I just said.

Another interesting aside, when you Google Stella, this restaurant is the first listing. Of course, for whatever that's worth, the second listing is for a Multi-Platform Atari 2600 VCS Emulator, so... 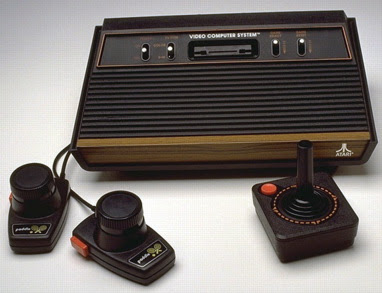 The crowd at Stella is pretty mixed too. You've got young couples, old couples, straight couples, gay couples, rich couples, not-as-rich-but-still-pretty-rich couples, and cougars. So it's the perfect mix.

As for the food - I'm just going to come straight out and say it. There are two things on their menu that you have to try, but they don't really go together. So if you're there with someone else, I recommend each getting one and sharing. Otherwise, you'll have to come back. OK, you ready? Wait for it...Wait for it...swordfish and tagliatelle bolognese! (note: if you pronounced the "g" in your head while you read that last word than this restaurant isn't for you)

As for the tagliatelle, I don't know what to tell you. It's just friggin' awesome. In a city known for its Italian food, this dish is the Roberto Benigni of pasta. And you can quote me on that. Seriously, please quote me. I'll take all the publicity I can get. But really this dish is just a flavor explosion of perfectly made sauce, freshly grated parmesan cheese, hand-made tagliatelle pasta and glorious, glorious meat. And I'm not talking just beef. They put veal and pork and who knows what else in it. It's really amazing.

And speaking of amazing, try their Parmesan Arancini. They're perfectly crisped cheesy rice balls in that amazing marinara sauce. Just thinking about it right now is making me starving, and I just ate. That's how good it is. Either that or I have a tapeworm.

And on top of all of this, they also do a killer brunch. I highly recommend their frittata with sweet corn and chorizo, served with home fries. It's better than almost anything I've ever had at a diner and it's under $10. Top it off with a Bloody Mary and you're money. Speaking of Bloody Mary's, I should really do a review of the best Bloodies around the city. Someone remind me about that later. But now I've blogged myself into a mental food coma so I must bid you adieu. Ciao for now.

Email ThisBlogThis!Share to TwitterShare to FacebookShare to Pinterest
Labels: Stella